D4-1 Definition of a minimal set of component models.pdf

A model of an electric heater including a pump. The pump controls the mass flow through the heater which heats the fluid to a set temperature. The electric heater has a constant power-to-heat efficiency and a nominal heat flow rate.

A ramping function is used to control the mass flow of the pump m_flow_set of the electric heater. The function starts at zero. After one hour the ramp starts and increases to 0.1 within two hours. It stays at 0.1 till the end of the simulation. 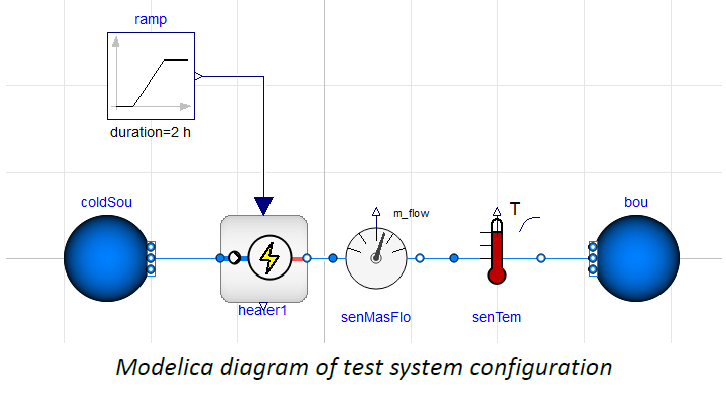 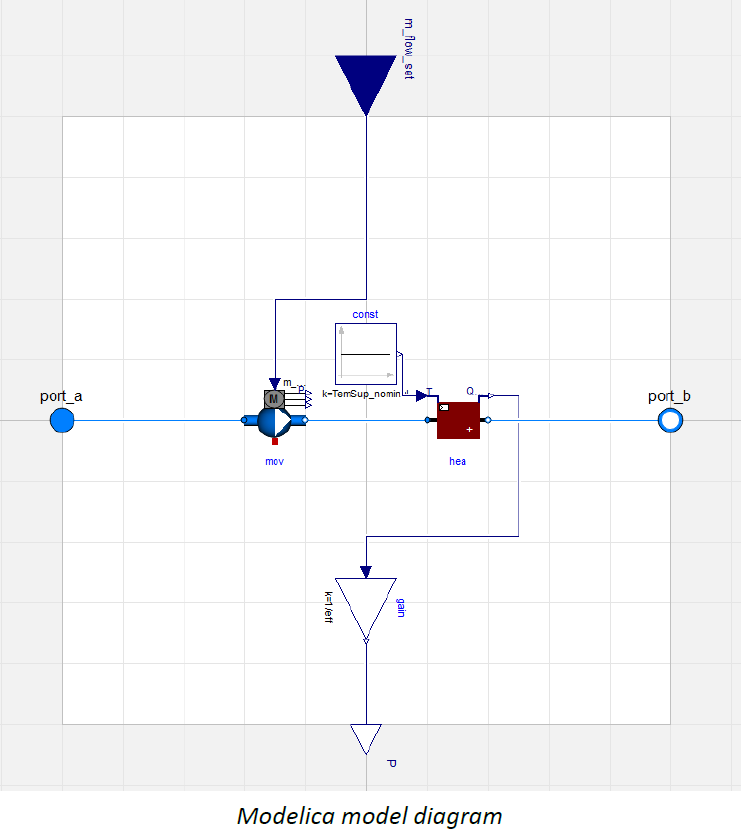 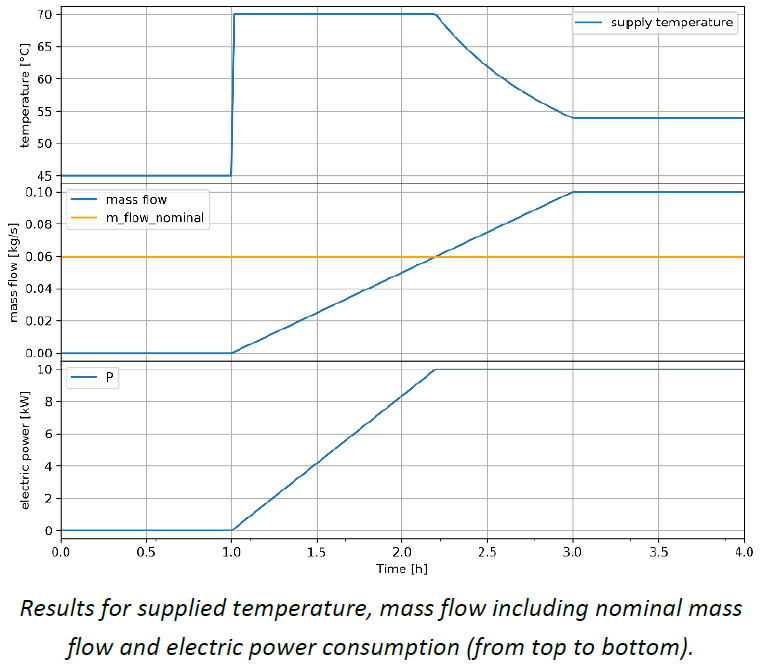