The climate in Karlsruhe is characterized by equable climates with few extremes of temperature and ample precipitation in all months. The Köppen Climate Classification subtype for this climate is "Cfb". (Marine West Coast Climate).
Solar irradiation ranges between 1100 and 1150 kWh/m²

One major challenge in today’s energy system is the ability store large amounts of electrical energy produced by renewable energy sources. In the electrical system, these storages are usually not available as electrical storages are expensive and limited in capacity. On the other hand, space heating and cooling of buildings takes a major share in today’s energy consumption. Hence, one possibility to tackle this difficulty is using overproduction of renewable energy sources to partially cover the energy demand in the thermal domain (space heating, domestic hot water and air conditioning).
Many small to mediums scale companies own office buildings and production plants. Furthermore, in case these plants and buildings are recently built they often provide an advanced thermal infrastructure which can be exploited to store electrical overproduction in thermal storages like the thermal inertia of the building itself and (economically cheap) hot water buffers.
At KIT campus North such a combination of office building and industrial production plant is located. Physically, they are located at different places on campus. However, virtually they can be coupled in order to study the positive effect of smart thermal and electrical energy management for these buildings on the electrical and thermal (district heating) campus infrastructure. 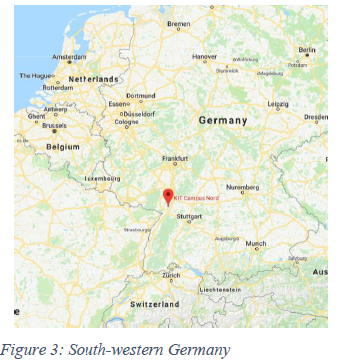 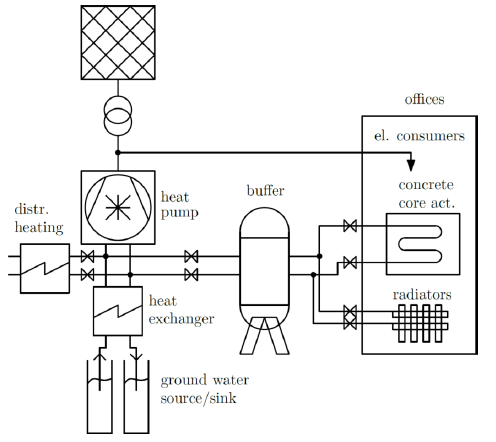 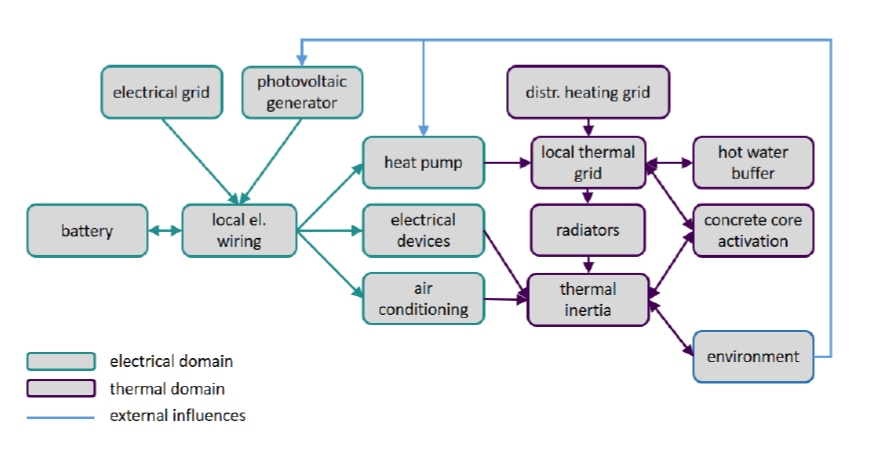 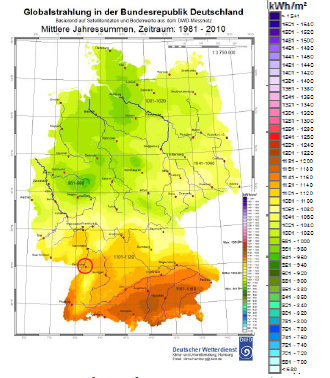 Further details can be seen in deliverable D2-3, Appendix C.